Stephen Davies still has his old prosthetic. He went for years without it, or without any prosthetic limb at all. It takes just a glance at his old prosthetic to know why – it’s disappointing, even unhelpful. A metal claw is scary to look at, and while wearing it, he has to manually twist clamps shut to pick something up with it.

This rudimentary prosthetic is only five years old. When it comes to medical care like prosthetics, he doesn’t have much of a choice. That is unless he plans to make his own limb.

The health care industry now includes both taking care of the body and taking care of robotics. 3D printing has officially collided with medical care, not only taking care of computer parts but also body parts. While new surgeries and procedures play an important role in improving the medical landscape, the ability to print people prosthetics they’ve long wanted is something doctors and engineers should have been more focused on. It’s surprising that Stephen Davies received a prosthetic claw hand rather than something representative of today’s technology.

Back in 2016, the Luke Arm was set to hit markets. Inspired by Luke Skywalker, this prosthetic arm allows its user to pick up things as delicate as an egg, and not harm it. It’s touching to imagine a young child gleaming with joy at getting his hero’s prosthetic limb, but the Luke Arm could cost around $100,000 dollars, according to the Verge, Singularity Hub, and MDDIOnline.

A 3D printed arm could cost around fifty dollars. A hand could cost thirty dollars. It is easy to imagine someone like Stephen Davies, who works so regularly with his hands, daydreaming about the Luke Arm. While the Luke Arm is easily out of a parent’s budget, they might be able to get their child a Stormtrooper arm, also known as RIT. This can be updated as the child grows.

Stephen Davies couldn’t get an arm, like many around the world. 3D printing gives him the option to get a different kind of prosthetic. E-Nable is a group that connects those with a 3D printer, and those who need a limb. There’s also a place to donate. As they call it, “Lend a Hand,” “Get a Hand,” and “Build a Hand.”

Forbes Magazine itself has commended E-Nable and its crowdfunding efforts. It is a useful site to get informed and connected. On their forums (updated as recently as March 2018), one can get different ‘downloads’ for different prosthetic designs to print. One can connect and find someone to print the piece, or simply donate or read about recent events. It’s interesting, and heartbreaking, to see the connections formed. There are comments like ‘Help me get my five-year-old daughter an arm,’ with replies leading to the answer. There are people like Stephen Davies, with their hook-ended clunky prosthetic. They are desperate for an alternative. There are people who just want to help.

This is not the only place working with 3D prosthetics. There are now designs for a ‘third thumb’ that humans can wear. Innovative in design, the Bluetooth enabled prosthetic uses the wearers’ toes to tell the ‘third thumb’ how to move. The device uses Bluetooth pads in the shoes so each of the users’ big toes can control a different movement in the third thumb.

The video is entitled Third Thumb Changes the Prosthetics Game, posted to Insider’s YouTube page. Dani Clode created the piece for her master’s degree in design products, and to ‘change the way people think about prosthetics.’ Instead of an aid to those who have lost a limb, instead of a ‘replacement’, her designs are there to enhance the current capabilities of the human body.

While E-Nable does, in fact, build single finger prosthetics, their consumer base may not be running to Clode’s designs.

If engineers are looking to build prosthetics, these are two very distinct directions to go towards. Someone specializing in handy-capable design work may not expect a large consumer base. An artificial limb can cost from five thousand dollars to ten when one goes to the doctor, a daunting number when compared to the crowdfunded E-Nable’s pricing. It doesn’t even include the fact that prosthetics wear down and need replacing. Within a lifetime, the racketing numbers just may not be worth it, or even within reach.

Sometimes the problem is very simple. Like with the Luke Arm, the prosthetic they are looking at is too expensive. It’s not worth the high ticking price. Or, it is worth the price, but still, they can’t afford it.  Not every insurance company will cover a prosthetic, and even if they do, a more advanced prosthetic may be seen as ‘unnecessary.’ They, as in the company, may cover half the cost, and not the full price. They may cover less. Some prosthetics are seen quite simply as a luxury. Those with these high-valued prosthetics might tell you otherwise- moving, gripping, walking, these are all vital parts of everyday lives. Andrew Carter has ‘The Maserati of Microprocessor Prosthetics’ according to Vice.com. It’s called the Michelangelo.

“A luxury sports car is a really nice thing, but I’d be using it to drive back and forth to work and nothing else. This is far more vital to my day-to-day existence. It is certainly a luxury—if you were to line up every other upper-limb amputee on the planet and compare it to the prosthesis they have if any…” [Carter says.]

The purpose is to improve daily quality of life. A prosthetic should make it easier to complete repetitive tasks such as dressing, walking, and so on. Other tools such as crutches might make it easier, or just coping with things as they are when the cost of a prosthetic gets too high. The other issue may be obvious- physical appearance is important. Because of that, Otto Bock has a team of artists to paint the prosthetics or let the arm go ‘blank’. People like ‘The Terminator Look’ sometimes, and find that empowering.

Self-expression may not be necessary, but it is a factor in the quality of life. Young adults and children use their appearance as a stepping stone to start figuring out who they are. Creating prosthetics with 3D Printing not only allows for an ease of creation but an ease of design. Not every piece is automated.

For Stephen Davies, it wasn’t the design that mattered so much. Being able to use a prosthetic with more ease was the main focus. His hook ended prosthetic was no use, and in the end, he only had one option left- to make his own. For everyone else, he figured, style may come into the mix.

As the creators of Team UnLimbited Drew Murray and Stephen Davies can explain, they have several design themes for the recipients of their 3D printed limbs. Davies took his hook ended prosthetic and from there turned his garden shed into a 3D printed limb hub. He has designs from Spider-Man to Princess themed. The designed 3D printed limbs allow the children to ‘show off’ their prosthetics, take pride in them, and express their individualities. Davies and Murray do this for free. Team Unlimbited is an inspiring story on its own. Born in Stephen Murray’s shed, he’s able to print the prosthetics at no charge. Because 3d printers have gotten smaller, faster, and easier to purchase for a home, rather than a business, more people can take their time and learn how to use the technology. Like with E-Nable, those who have 3D printers can use their open source designs to help those in need, who cannot afford a higher end prosthetic. Davies himself uses his own 3D printed design. A prosthetic given to him just five years ago included a hook for a hand, and he had to twist clamps on the prosthetic in order to pick something up. The ridiculous, unhelpful design was just one inspiration for creating Team Unlimbited (stylized as Team UnLIMBited). It was just March 2018 that they were recognized as a charity, and the December before that he moved from his back garden shed to a custom-built workshop.

The need for better, more useful prosthetics is apparent. Designers like Dani Clode aren’t going for the necessary prosthetics but the rest of the world, it doesn’t seem like they want the ‘smaller’ audience. Like Stephen Davies and Drew Murray, they could have recognized the need for a fashionable prosthetic, or one that is fixed with more ease. The 3D Prosthetics allows those in need to get their hands on designs they never could before, and to have less worry about parts breaking or outgrowing their limbs. More designers, such as Clode, taking their time to consider 3D printed prosthetics and their aesthetic design could help push forward the entire field of 3D printing. 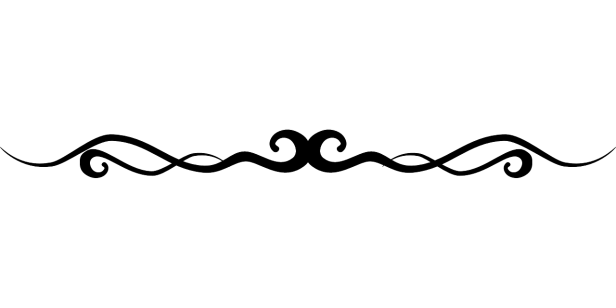 Thank You for Visiting